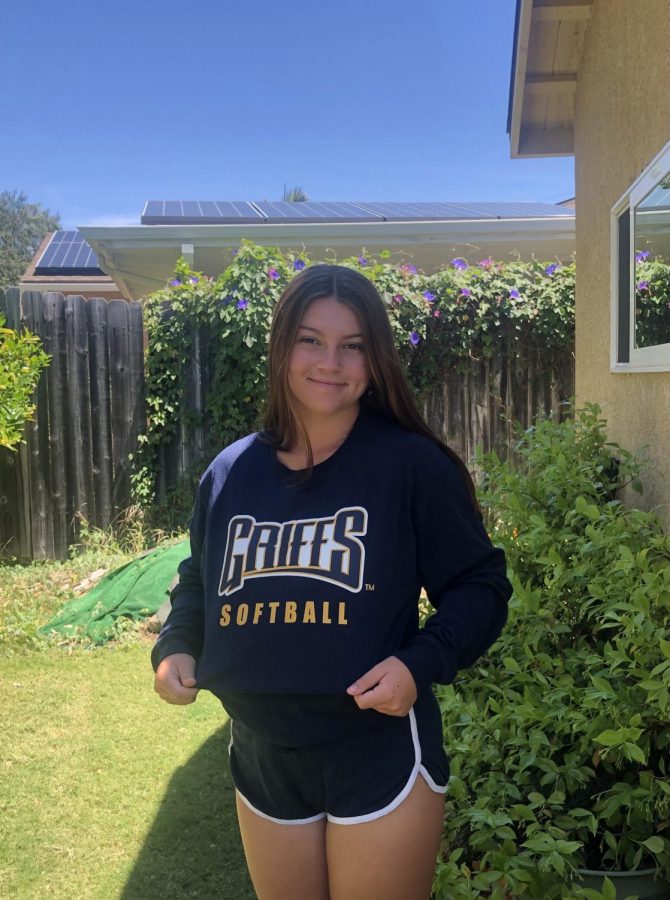 There are plenty of differences between New York and Southern California. Pizza or tacos? Snow or sand? Accents and auctioneer speech in New York or drowned out surfer gibberish in California. Oh, and then there’s the whole three-hour time difference. UC High Senior Kate Wiggins will be a bridge between the two, after she decided to take her softball talents to Canisius College in Buffalo, New York.

Wiggins committed to Canisius, receiving a half academic and half athletic scholarship, after the head softball coach reached out to her directly. “She was very nice and she made it clear that she thought I would be a great player to add to the team. After talking to a few players on the team, and doing a little research, I decided that Canisius would be the best fit for me to continue my career,” Wiggins stated. Canisius also looks to be a great fit for Wiggins’ academic goals: “I’m interested in communications or sports management,” she said. “Whatever I do, I want to stay in the sports world, because it is something I’ve grown up with and enjoy.” Her communications interests were fostered by her time in the journalism program at UC High, writing articles for The Commander.

Wiggins spoke about the challenges that have plagued many athletes during the college recruitment process, and how COVID-19 has changed the way players get a school’s attention. The graduating class of 2021,  because junior year seasons are a very important step in the recruitment process, lost valuable time to catch the eyes of college coaches and scouts. “Losing my summer tournaments was the worst,” Wiggins stated. “That is where I planned to get a lot of looks from coaches and schools. Since everything was canceled, I had to seek out opportunities virtually. I was expecting to be committed by the summer of 2020, but obviously because of COVID-19 that didn’t happen.”

There are plenty of expectations and challenges that come with playing Division I softball, and Wiggins is excited to meet them head on. “To play at the Division I level is something that I never knew would be possible for me. Now that I have the opportunity, I am ready to grind on the field, and in the classroom, to be the most successful and competitive version of myself,” said Wiggins.

Wiggins’ club coach at Firecrackers Brashear Softball, Mr. Bill Hicks, recalled a moment that stuck out to him about when Wiggins had her defining moment. “We were playing at a national tournament against a team who was ranked top 10 in the country. There were 15 to 20 Division 1 schools watching her pitch and she was unhittable. Such a dominant performance as that I will never forget,” he praised.

Wiggins has been a force for the Centurions throughout her career on the mound, and has come into her own in the batter’s box this season. “As a pitcher, the game is literally in your hands, and for as much stress or defeat it can bring, it can also bring success,” said Wiggins. Through her varsity career, Wiggins has thrived with the game in her hands. She has a combined Earned Run Average (ERA) of 2.83, has amassed 126 innings, and has struck out 157 batters, including 39 this season on her way to a 3-1 record. To top it off, at the plate in the 2021 season, Wiggins has a .333 batting average and has been getting on base at a .500 clip, according to a high school sports statistics website (maxpreps.com).

While Wiggins is on to bigger things, she hasn’t forgotten where she came from and the teammates and coaches that helped her along the way. “I wouldn’t be where I am today without my teammates and coaches pushing me,” Wiggins said. It was with her teammates that Wiggins had her favorite softball memory, when they were able to take down Cathedral Catholic to advance to the CIF quarterfinals. “It had been years since we beat Cathedral, and when we did, I felt on top of the world. I got to pitch in the last few innings, which was an amazing experience,” she said.

From dreaming about playing softball on the rec fields as a kid, to playing Division 1, Wiggins has already accomplished so much and she’s not done yet.