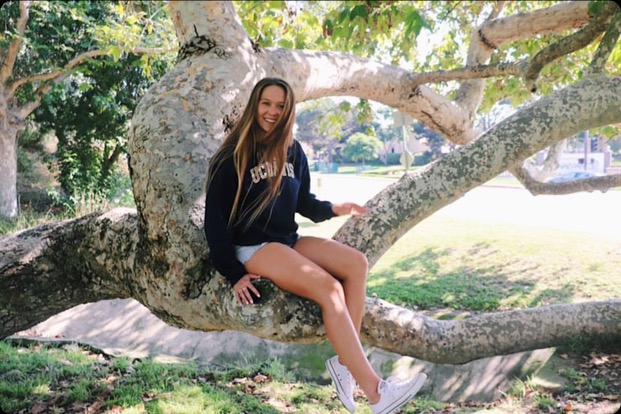 By Madeline Williams
Staff Writer
Senior Sam Yoo is competing in her sixth year of water polo and excited for the next step in her career. After years of dedication and hard work, as well as learning the nuances to this high contact sport, she has become a top-tier athlete. As she moves forward with the love and passion she has for the sport, Yoo is thrilled to announce that she has committed to play collegiate water polo for University of California Davis.
Yoo stated, “I have verbally committed to play water polo at UC Davis… [and] there were many things I had to take into account when it came to making my decision.” She explained that making the decision was rather pensive in nature, but after making her final choice, she couldn’t be happier.
Yoo explained that she needed time to go through all pros and cons of each school to decide which school would be best for her future. UC Davis seemed the most appealing not only for her college education, but also for her position on their high-ranking water polo team.
According to a college recruiting website, the UC Davis Water Polo Program has a ranking of eleventh in the nation (ncsasports.org). “They offered a lot academically as well as athletically. Being a part of [UC Davis] would also give me the opportunity to major in my interests. [The school has] many high level facilities as well,” Yoo said.
This will be Yoo’s fourth and last year as a part of UC High’s Water Polo Team. Coach Adalbeto Vasquez has been coaching Yoo for four years, and has had a huge impact on her development. Vasquez explained, “It has been a lot fun coaching Sam these past few years. I’ve had the pleasure watching her grow and mature as both a water polo player and a young lady. I couldn’t be more proud.”
Vasquez provided some insight to Yoo’s collegiate water polo career as well. “As a coach, and as a former NCAA collegiate athlete, I firmly believe that Sam is ready to move onto the next level of her water polo career. Sam has the opportunity now to use what she has trained for against some of the best athletes in the country. Sam has learned to trust herself and now has the confidence to believe that she can accomplish her goals, her commitment is the perfect indicator of this,” Vasquez concluded.
Senior Olivia Barman explained, “I have been a teammate and friend to Sam for many years and she has always been a strong asset to the team’s success. She has always been positive and motivating on our team, and it would be a shame if we couldn’t finish our last season together strong. I can’t wait to see what her capability and talent has in store for her.”
Yoo has always dreamed of getting a college education, and she wanted to be certain that the school she chose was somewhere that she wanted to be. She said that even though the college experience tends to be nerve wracking, it is something that has always been something she dreamed of.
“I am very excited to meet new people and to work hard as a part of a hugely successful team,” Yoo stated. “This opportunity will also allow me to develop bonds and new friendships that can last a lifetime.”
Despite the opportunity she has earned, there are many things that still worry Yoo as she prepares to go to college. “At times it’s scary to think about the intense and consistent training that my new coaches will put us through, especially being on a Division One team,” she said. No matter what, this is a big step for Yoo as an athlete and as a student.