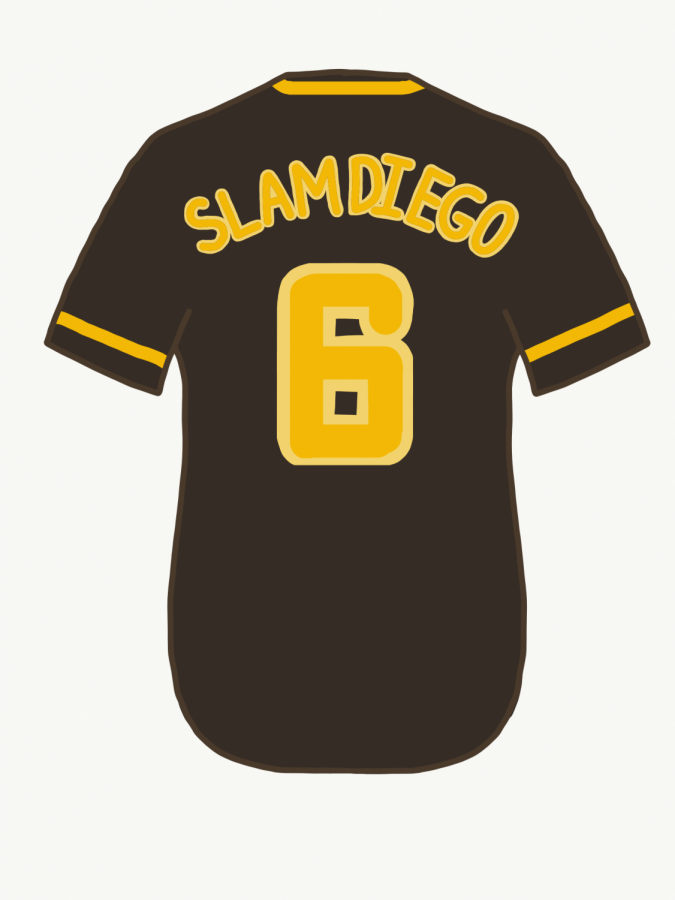 Picture this: you step up to the plate in baseball, or drop back to make a pass in football, or you sprint towards the goal with the ball at your foot in soccer. As a young star in your sport, with a chance to create a very special moment and take the lead in a major statistical category, you accomplish your feat. You hit your homer, or throw your touchdown, or score your goal. However, the “old school” fans in your sport criticize you and tell you to “respect the game,” and that your athletic accomplishment is an insult to the “integrity of the game” because the score wasn’t nail bitingly close. The same people that say “never give up” and to “always try your best, no matter the score” are now mad at you because you tried your best, but it wasn’t a close game when you accomplished your feat.

Now you can understand how San Diego Padres Shortstop Fernando Tatis Jr. might have felt when he hit a grand slam in what was at that point a 10-3 game, in the eighth inning, with the count three balls and no strikes, against the Texas Rangers. With the homerun, Tatis Jr. pulled ahead of multi-year winning American League MVP Mike Trout’s major league home run race. Tatis Jr. was blasted in the media following the game by Rangers Manager Chris Woodward. “I didn’t like it, personally. You’re up by seven in the eighth inning; it’s typically not a good time to swing 3-0. It’s kind of the way we were all raised in the game,” he said, according to Sports Illustrated. Tatis Jr. issued an “apology” that angered many baseball fans as it appeared he was having to apologize for being good at his job (sportsillustrated.com).

The issue exploded across the internet. Was it okay for Tatis to swing at a 3-0 pitch with the bases loaded in the eighth inning? According to the unwritten rules of baseball, it is not. It was the talk of sports talk shows everywhere for the next couple of days. Not to mention the amount of everyday Twitter users who felt entitled to share their opinion about the situation and weigh in on the “unwritten rule” discussion from the comfort of their sofas in their mothers’ basements. Many current and former MLB athletes, as well as other professional athletes and celebrities came to Tatis’ defense on Twitter. Hall of Fame Catcher Johnny Bench said in a Tweet, “Everyone should hit 3-0. Grand Slams are a huge stat.” Hall of Famer Reggie Jackson also supported Tatis’ swing, saying, “…keep playing hard and playing great; it’s a pleasure to watch you play. Keep leading the way. It ain’t easy to hit [home runs]” on Twitter (mlb.com).

The discussion: Do you agree with the old school way of the game? Or is it time for the unwritten rules (like don’t swing 3-0, don’t bunt to break up a no hitter, or to not swing at the first pitch after back-to-back homeruns) to be nullified? The game of baseball has changed a lot over the years. We have come a long way since these unwritten rules were popularized. Baseball has endured its fair share of crises as a sport, from massive steroid use, and players betting on games, to electronic sign stealing and trash can banging. In the age of technology, it is the exciting stuff like bat flipping and emotion that market the sport. The public seems to be in agreement, as seen in all of the articles that have been published and Twitter posts in defense of Tatis Jr.’s actions. Even ESPN Senior Baseball Writer Tim Kurkjian declared that baseball’s unwritten rules are at the very least confusing and contradictory (espn.com).

Junior Nadiv Meltzer said that baseball’s goal is to make the games fun and exciting. “Baseball’s problem right now is making the game more appealing to younger generations,” he said.  “It doesn’t make sense to penalize or look down upon players for displaying emotion or showing off when they do something great.” He added that professional athletes should not have to be conscientious of others when doing these things.

To MLB “old school” fans everywhere, it is a new era, and a new time. Let the bat flipping, 3-0 pitch swinging, and dancing in the dugout continue. People want to see players always competing and showing emotion when they hit a big homerun or make a big play. It is professional sports, and if you don’t want your feelings hurt, make a better pitch, or don’t play the game. As Legend Ken Griffey Jr. said in an ad run by the MLB to try and promote the sport to a younger audience, “Let the kids play.”