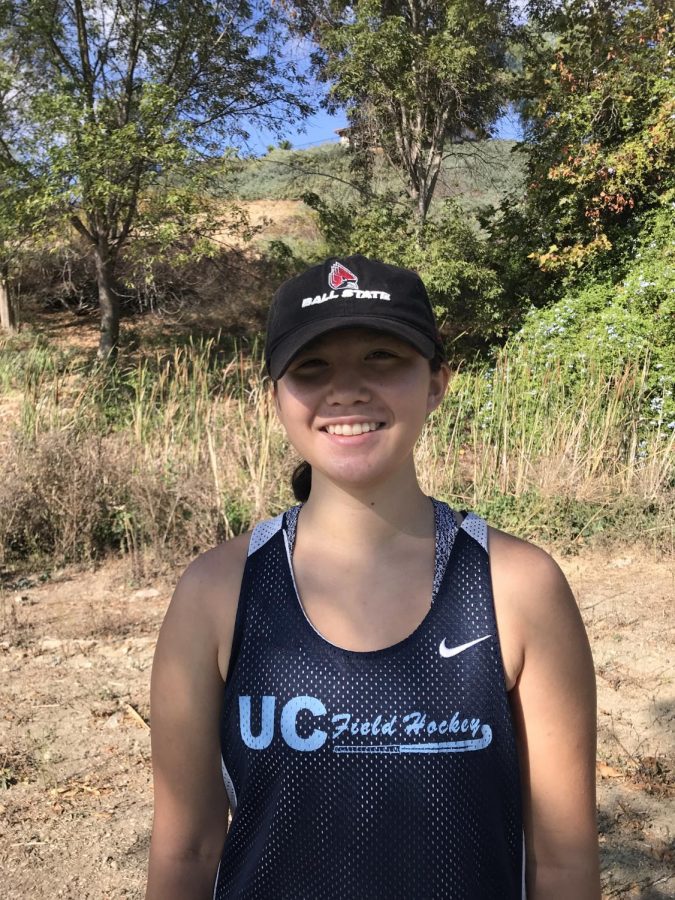 What do Garfield, the NFL, Bob Ross, and a UC High student have in common? Muncie, Indiana. The creator of the Garfield cartoon series used to teach at Ball State University, and Bob Ross’ painting show was filmed in the small town, according to a travel website (livability.com). That is also where Senior Taylor Sullivan has committed to play college field hockey, at Ball State University in Muncie, Indiana after her senior season at UC High.

“I knew I wanted to go to Ball State, because I connected with the coaching staff and really liked their vision for the future,” Sullivan stated. “The team was also super friendly.” Sullivan also said that she was excited to play in the small town of Muncie. “Everyone on the team comes from all over the world. There are girls from South Africa, Argentina, and from all over the US,” she said.

Last season, as a captain of her high school team, Sullivan not only fulfilled her commitment to her team as a leader off field, but also put up great numbers on the field. According to a high school sports statistics website, Sullivan averaged just under a point-per-game (PPG) last season, putting up a 0.9 PPG clip (maxpreps.com). Senior Olivia Upham offered praise for Sullivan. “Taylor is such an important part of our team,” stated Upham. “As a captain and a friend, she encourages everyone to be the best they can be. She’s one of the kindest people I know, though quite scary as an opponent,” she added.

Sullivan has developed some impressive skills during her field hockey career, especially in her teammates’ eyes. “I would say my best skill is my reverse or backhand hit,” Sullivan said. “Field hockey is meant for right handed people, since we can only use one side of our stick. I’m actually left handed and therefore my reverse skills are much better than my ‘dominant’ skills,” she said. Upham remembered a time when Sullivan took her aside to teach her the reverse hit. “[She’s] just all around patient and a great teacher,” Upham said.

Sullivan began playing field hockey freshman year with her friend, Senior Emma Podhorsky. “We just knew going into high school that we wanted to do something together,” Sullivan said. “I ended up choosing field hockey, and I’m glad I did, because of all the amazing experiences and the people that I’ve met over the years,” she said.

Sullivan also shared that she has a pretty unique tradition: “I really enjoy walking to games and practices,” she said. “I live in Clairemont so I would have to take the city bus back and forth to school.” It is probably safe to say Sullivan has “fresh legs” all the time with that kind of workout, even before practice or a game. “It ends up being about four miles each day from walking to the bus stop for morning conditioning and then later for a practice or game,” she said.

With this upcoming season still very much up in the air due to COVID-19 concerns, Sullivan looked back on her high school career and shared her favorite field hockey memory. It was unsurprisingly team-oriented. “Our CIF game against Mt. Carmel last year was one of my favorite games, because our entire team played so well. Everyone’s hits were on point, the passing was accurate, and our goalie had some amazing saves,” she said.

The Centurions lost the game, but Sullivan’s message was still the same.  “I was really proud of our team,” she said. “I would rather lose a game where everyone gave it all they got rather than if the team didn’t try at all.” Podhorsky was impressed with her teammate and friend. “Taylor choosing [a good all around team performance] as her favorite memory exemplifies her leadership and camaraderie,” Podhorsky said. “She could have easily recounted one of her many goals as her favorite memory, yet she chose one where our whole team shined.”

Sullivan is still amazed that she will be a collegiate athlete, living out her dream. “It still hasn’t sunk in. I still don’t believe it,” she said. “It’s just crazy to me that something I have been working towards for the past four years finally came true. If someone were to ask me that in person, I would probably start to uncontrollably smile and stay like that for the rest of the day,” she said.

Smile, Taylor. You did it. You are headed to play college field hockey. What started as just something to do with a friend, is now what she will be playing in college. So set goals, reach them, and set another one higher. Even better, Muncie is a small town, so continuing to walk around everywhere is feasible.