Performative Activism on Earth Day Does No Good 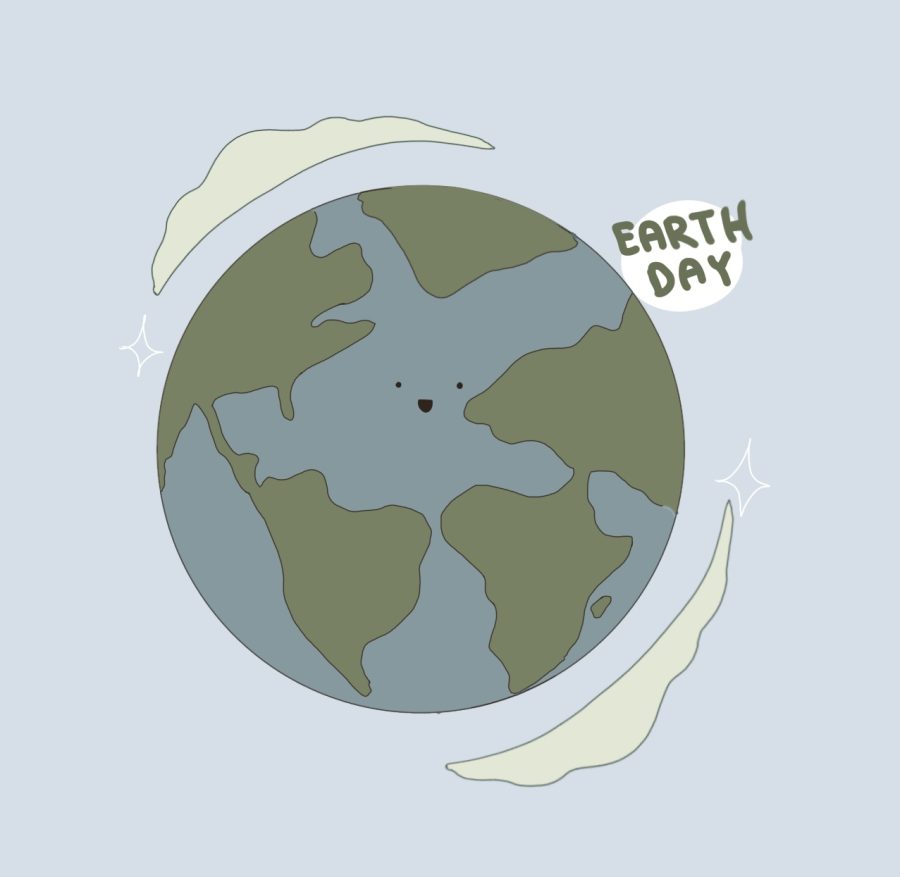 Environmental change and disruption has been a global issue for over a century. Unfortunately, during this time, little major progress has been made in solving these environmental concerns. Whether because of insufficient technology or lack of funding, the efforts to remedy climate change are not close to enough. Too many individuals are dismissing their actions as a miniscule part of the movement, and while that may be true, those individual behaviors can add up. Most environmental activism, especially as we approach Earth Day, is performative and more should be done.

The celebration of Earth Day began in 1970, according to the University of Colorado Environmental Center website. Its purpose was to educate people, spread awareness of environmental issues, and demonstrate how people’s actions have an impact on their environment. It was largely successful, raising awareness and bringing environmental issues to the national policy agenda. While this was a major step towards progress, today many harmful practices are continued despite consciousness of their detrimental effects on the environment. Carbon emissions, tons of plastics, trash, and more – on a large scale, these need to be cut down significantly. However, individual participation on Earth Day isn’t enough. UC High Biomedical Science Teacher Leslie Wymer said, “If nothing else, I think Earth Day is a day that everybody should take a look at little changes that they can do that can make a difference. I think people don’t realize that all they have to do is make little easy changes like shorter showers or stop using single use plastics. It’s one day a year to actually think about certain things you can do” (colorado.edu).

Performative activism is activism done to increase social capital rather than show devotion to a cause. In recent years, performative activism in terms of environmental causes has been prevalent. From the popular elimination of plastic straws to the widespread use of Hydro Flasks, small efforts have been prioritized — arguably too much. According to The Atlantic, “A more serious concern is that taking little, statistically meaningless actions to help the environment might reduce people’s interest in fixing the problem at a societal and governmental level.” Making some progress on one front can give the illusion of advancement wholly. One small part of a solution doesn’t mean a total solution. Abandoning the use of plastic straws while still buying many single-use plastic products, or wasting food and water is false improvement. On Earth Day, low-effort social media posts and a few meaningless changes are just for show. Eco-friendly actions should be taken all year long and on a much bigger scale (theatlantic.com).

It can be argued that some things can’t be avoided and some change isn’t possible on an individual level. Fossil-fueled transportation is convenient, some single-use plastic products are necessary, and making some changes are just too expensive. Corporations will always produce, and people will always consume. According to The Atlantic, corporations continue to claim they are just satisfying public demand, but those same companies impede policies to keep making profit, no matter the environmental impact. People are quick to say that the problem is out of their hands. However, depersonalizing these issues and waiting for systemic solutions doesn’t help any progression of the cause. Social change starts with independent behaviors (theatlantic.com).

Most activism on Earth Day is performative and more should be done. Change begins with individual practices, so taking Earth Day to reflect on lasting actions that can be done is beneficial. This is everyone’s problem. Act like it.