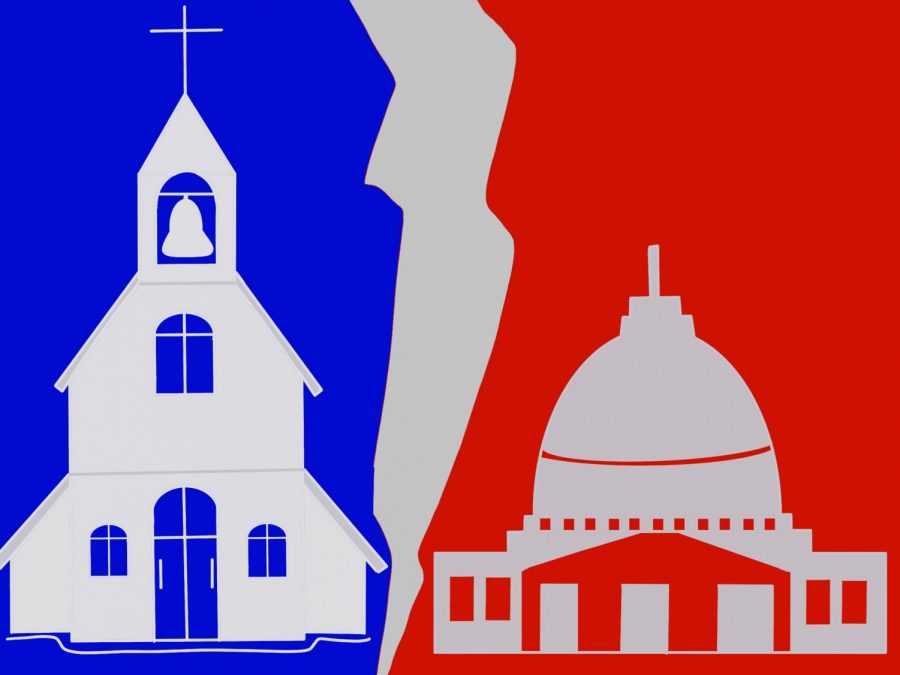 When the Founding Fathers met to form the United States of America’s government, one of their main objectives was to form a clear separation between church and state. History has shown that when religion plays a role in government, people lose their rights and corruption makes its way into federal establishments. There are few non-partisan issues in politics today, corruption and equal rights being two of them.

The confirmation of Amy Coney Barrett to the Supreme Court is what recently brought the discussion of church and state to the national stage. Only 32 days after her nomination by President Donald Trump, she was sworn in as the newest Supreme Court Justice. Despite an alarmingly small body of work and having been appointed to the Seventh Circuit of Appeals Court very recently, the devout Catholic Barrett was rushed to her position by Republicans in the Senate (whitehouse.gov).

Where do equal rights come into play? Justice Barrett has made clear in her limited career that she does not support abortion rights and, on a broader level, women’s rights (npr.org). Justice Barrett’s religious beliefs are her reason for opposing abortion rights, but why should one white woman’s beliefs dictate what all American women can or cannot do with their bodies? Junior Caitana Harvey shared, “I, as every woman should, want the option to choose what I do with my own body. Someone’s personal beliefs should not get in my way of making a choice for my body.” Americans pride themselves on being the most ideal democracy in the world, a country of personal liberties. How can a country whose leaders wish to restrict women’s rights continue to call itself a free country?

Claiming that the confirmation of an extremely conservative judge who factors religion into her decisions will lead to government and federal corruption is a bold statement, yet it’s sadly true. According to a paper published by the Massachusetts Institute of Technology [MIT], religious organizations effectively consolidate power, and power breeds corruption. The MIT paper continues, “It would be a mask of so-called religion; a set of ‘laws’ made by men in the name of God; a network of restrictions in the name of a Higher Power but in reality designed to keep people under control” (mit.edu). A religious, conservative Justice is just one step towards an extremely slippery slope which could lead to religious beliefs playing a role in day to day life of every single American.

Many would never have guessed that the separation of church and state would have to be a talking point in this country once again. Throughout history, people in power affiliated with the church have been able to convince people that it is okay to hold slaves, discriminate against people who don’t look like them, and even beat and torture people of different religions. We cannot take pride in ourselves when we cannot ensure every American’s rights. Do not let this become a partisan issue. This is an American issue that we need to resolve.