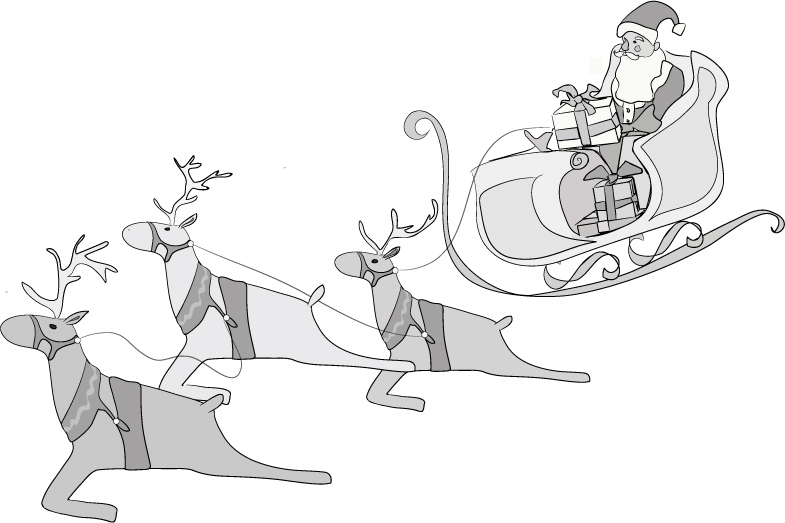 Every twenty-fifth of December, kids across the globe place their complete, undying trust in an old, borderline obese man whose sole occupation is sliding through chimneys and leaving gifts. Such absolute faith in something that sounds so absurd is a perfect example of a child’s innocence, and an experience everyone should have.

According to The Guardian’s website, believing in Saint Nick helps boost children’s mental development and social skills. Believing in him lets kids grow up to have bigger imaginations and simply gives them the thrilling anticipation for Christmas morning (guardian.co.uk). Sophomore Delia Armenta said, “Kids should grow up with the idea of Santa because it lets kids explore their imagination.” They need to develop their creativity, and Santa is a perfect way for kids to grow up imagining. Because of these benefits, parents should incorporate Santa and his story into their children’s lives.

Most of the time, when kids think about Christmas, they imagine waking up and running downstairs to see what Santa Claus left them under the tree. By taking that away, parents would diminsish the magic of Christmas mornings, depriving kids of memories that would have last forever.

According to the British Broadcasting System’s (BBC) website, teaching children about Santa is a useful strategy for parents, as it encourages children’s moral development. If they believe an omnipresent force knows which children are good or bad, they have a greater reason to judge their own behavior (bbc.co.uk). Since the idea is that Santa will deliver presents on Christmas Eve night depending on whether the child has been naughty or nice, it’s a great way for parents to teach their kids that they need to know right from wrong.

According to Freshman Julia Grace, however, Santa is not the great developmental tool he is made out to be. “I don’t think the Santa story should be told to children,” she said. “When parents tell their children Santa isn’t real, the children then

view their parents as liars.” But according to the Science Daily website, research was done on children and their reactions to finding out Santa isn’t real. Out of all of the children, only 2 percent felt  even slightly betrayed (sciencedaily.com). It seems that once parents tell the truth to their kids, most will consider it a right of passage that indicates they are growing up.

When children are young, believing in Santa Claus is a fun and exciting part of every  holiday season that offers them some developmental benefits without substantial drawbacks.

Waking up to the thought of that jolly old man and the cheer he brings is a memory every child should have, and something they will never forget.