Behind the Scenes of Multimedia Class’s Spotlight Series 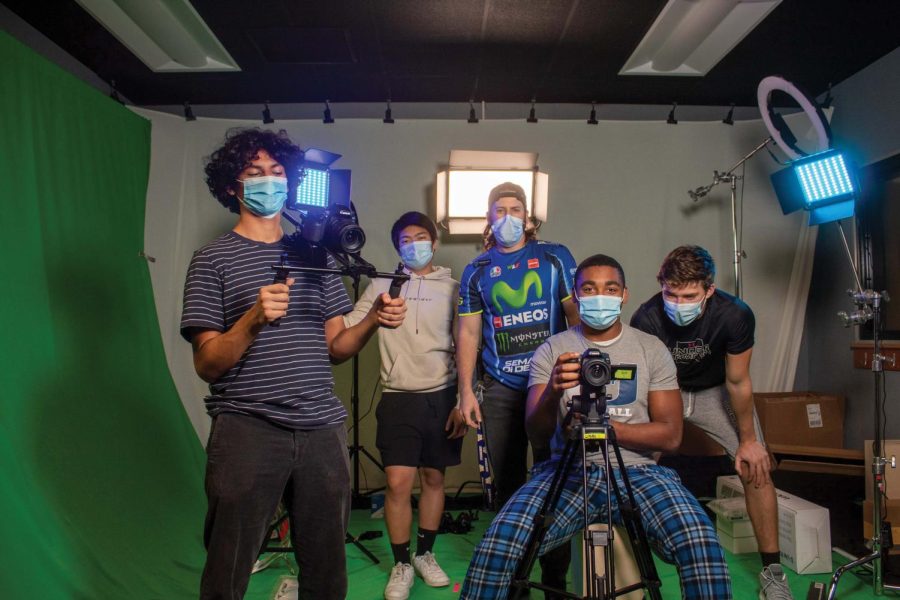 In UC High’s Multimedia Class led by Multimedia Teacher Brad Liber, students create different forms of visual art, one being the “Spotlight Series,” in which students showcase clubs, classes and events happening in and around UC High.

According to Liber, “The reason why we call it that is because I wanted to spotlight things that go on in the school that  a lot of people don’t know about. We have so many cool things going on at our high school that are happening behind closed doors, and it’s very rare for people to be aware of them. I figured, ‘Hey why don’t we have a team that peels that back and brings awareness to all these amazing things we have going on at our school?’”

Liber explained that the Spotlight Series is a year-round project for his students, who will continue to create videos about interesting clubs, classes and events. “There’s so much stuff at school to record that by the time we’ve covered everything, aspects of the programs will have changed enough for us to make a whole new video about it,” he said.

Senior Anton Gillespie has helped produce short films about different groups at UC High this year in the class. “Over the last couple of months, we have broken into groups to do a couple short films about different groups on campus. The first one my group did was on the UC Theater Department so we got to interview [Theater Teacher] Nia Hilton and some of her students and it was a great experience to get a behind the scenes look at a program on campus,” said Gillespie.

“One of the big goals of this series is to expose the other departments of the school, and to shine a lot on programs that especially new students on campus may not know about,” Gillespie said. He added that seeing these movies getting presented to the school is what makes it all worth it.

Junior Oriana Miller talked about the process of creating a Spotlight Series documentary. “We interview people in their classes and interview the teacher and they give us insight on what their club or class is. We talk to the students that participate in the clubs or classes and learn a lot and promote it so that people can join.” She added, “I like how everybody in the [Multimedia] class gets along and work together to create professional projects.”

Liber said, “It’s completely student-run in the sense that the students in the class decide the topic; they decide what each spotlight video is going to be about. If they need it, I will obviously help with the selection process, but for the most part they choose and create the movie on their own.”

“For instance, in our last series my students chose wrestling, ASB, and journalism among other topics. They went and chose what they wanted to make a short film about, put together a five to seven minute video where they interviewed students, got a lot of B-roll, and created a story about what they chose to draw attention to,” Liber said.

Gillespie believes that Multimedia is a great way to prepare for his future. He said, “I plan on majoring in video production in college, and this class has helped me prepare for that by going really in depth in the strategies associated with filming. [Liber] makes sure we know how to tackle deadlines, how to be organized and plan a shoot, all that stuff that goes into filmmaking so we can have that base to make great videos in the future.”

Liber said, “I would love to get students that are going into their sophomore year to join my Video Production 1-2 class, move on to Multimedia 1-2 in their junior year, and then as a senior they could take my Multimedia 3-4 class. It would be amazing, because since they’ve been in the program all three years they would know all the lights, the cameras, the workflow in the studio, and how to edit. That way, this class can become their oyster. They get to do whatever they want and make the kinds of movies they want to make.”