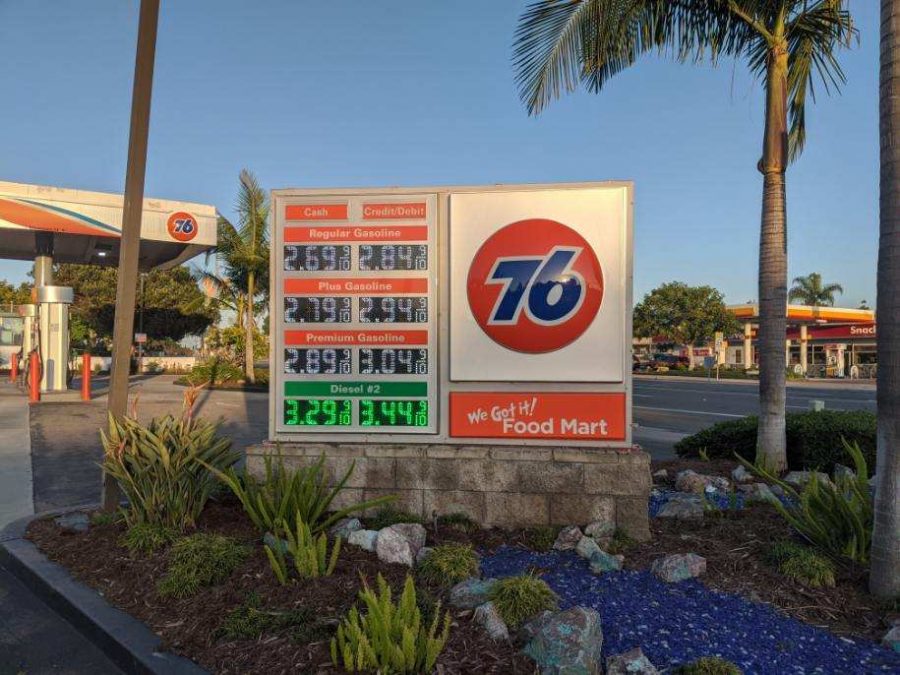 Gas stations throughout the nation have reduced prices in response to a worldwide oil glut.

Due to the outbreak of the COVID-19 pandemic, and subsequent stay-at-home orders issued by state governors, many industries have undergone extensive change due to their inability to operate as they had before the pandemic.

The COVID-19 outbreak has brought up some complex socio-economic issues. One such issue involves wage compensation and the implementation of government stimulus. According to Senior Ernesto Dominguez, “We have to push for more benefits or social safety nets, which we would have to ‘fight’ for, but that’s difficult since it’s generally done through protest and we can’t do that because of COVID-19.”

According to an article from Business Insider, more than 700,000 jobs have been lost due to COVID-19. Of those who lost jobs, more than 60 percent were women. The hardest hit of the industries were leisure and hospitality related, reporting the highest rates of layoffs (businessinsider.com).

With high rates of unemployment, many people have turned to the government for help. In just the last two weeks of March, over ten million Americans applied for unemployment benefits. This large surge could overwhelm the unemployment programs and leave many without the financial support that they need (businessinsider.com).

Mass layoffs and closures could potentially get worse, with the American Hotel and Lodging Industry (AHLA) predicting the possible loss of four million hotel-related jobs and UBS predicting the closure of one in five restaurants (businessinsider.com).

Hotels are among the hardest hit of all industries. According to AHLA, eight in ten hotel rooms in the country are currently empty. Hotels nationwide have lost a collective 15 billion dollars and are projected to lose an additional 500 million dollars every single day, 3.5 billion every week. With occupancy rates much lower than 35 percent, hotels cannot earn enough to cover operation costs and have no other options but to close their doors, putting over 33,000 small businesses at risk (ahla.com).

According to CNBC, “The National Restaurant Association estimates that 3 million industry employees have already lost their jobs, and restaurants nationwide will take a $225 billion sales hit through May. Even with some help from the 2 trillion dollar federal stimulus package, restaurant owners may not be able to keep their staff employed, or even keep the doors open throughout the COVID-19 crisis” (cnbc.com).

Beyond the domestic industries, international industries have also been majorly affected. According to Visual Capitalist, on April 20 — for the first time in human history — the West Texas Intermediate (a market standard determining oil price) hit a subzero price of -37.63 dollars on May futures. This meant that sellers were literally paying their buyers to take the oil off of their hands (visualcapitalist.com).

This happened because of the unique way that oil is “traded.” Oil works very differently in comparison to other commodities. Oil is bought and sold as “futures.” These are a type of contract that obligates buyers and sellers to (respectively) buy and sell specific products at a future date for a predetermined price. Since the whole world is on lockdown, gasoline/energy demands (and by extension oil demands) were massively reduced. With buyers seeing the lockdown lasting well into May, many began to sell their futures (visualcapitalist.com).

Buyers saw it unprofitable to get an oil shipment in a month when demand would be massively diminished. Last month’s supply would not have been used up and surplus oil storage would increase costs. Soon, sellers outnumbered the buyers and prices dropped and continued dropping below zero. Sellers found it would cost them less to pay someone else to take the oil than to store it themselves (visualcapitalist.com).

Seeing the massive price drops, many bought up as much oil as they could in hopes of selling it in the future at a much higher price. This led to a “historic glut” in which 76 percent of the entire world’s oil storage capacity was filled. The results of this massive supply manifested itself in the form of lower prices at the gas pump (visualcapitalist.com).