Paranormal Stories to Keep You Up at Night 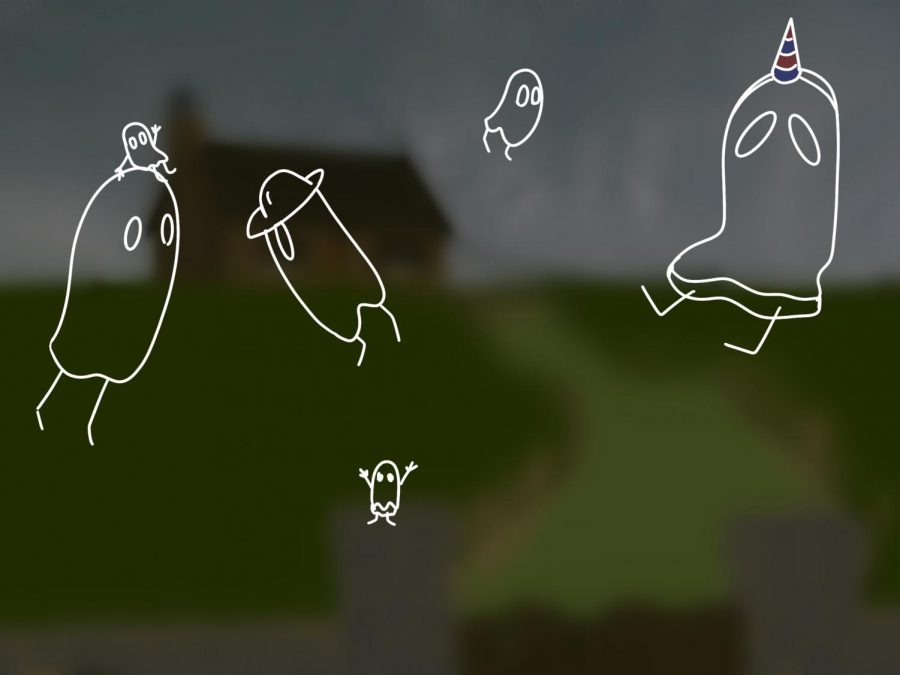 Ghosts and spirits are (theoretically) around all year long, but there is something about October and Halloween that seem to make people excited about the paranormal, regardless of their belief in the supernatural. Every fall, entertainment production companies churn out movies and television shows that are centered around ghosts to celebrate the eerie essence of Halloween, but what exactly is it about the paranormal that makes people so infatuated with ghosts? Even if you don’t really believe in such a thing, there is still that curiosity that arises every time you see a weird dark shadow or you catch something moving out of the corner of your eye that makes you think, could that have really been a ghost?

It is well known that ghosts have yet to be proven to be real, but there also isn’t any evidence to disprove the existence of life beyond death, since no one really can document permanent death. This caveat of not having evidence to disprove ghosts is just enough to get people all around the world to believe in the paranormal. It’s also well known that Halloween was created as a pagan-rooted holiday to remember the dead, but tons of other cultures and areas around the world have similar holidays and traditions that are paranormal-oriented like Dia de Los Muertos (the Day of the Dead).

For centuries in literature and folklore, the topic of ghosts and hauntings have circulated and since become ingrained into common knowledge of how people think of and perceive ghosts, but whether they exist is still up in the air. Some of the most famous ghost stories are that of dead celebrities or notable figures like the ghost of Marilyn Monroe, Elvis Presley, and even former president Abraham Lincoln, who is said to haunt the White House. President Theodore Roosevelt and Calvin Coolidge’s wife Grace allegedly spotted a tall and dark figure in various rooms in the White House (legendsofamerica.com). One close haunted hotspot in California is the Queen Mary, named one of the most haunted places in America by Time Magazine. The ship allegedly is home to several rowdy spirits, such as a well-reported “lady in white” and a couple of ghost children that roam the vessel (queenmary.com).

Some of the most infamous ghost stories have inspired a couple of the most famous supernatural horror movies to date. The premise for The Conjuring and subsequent films are inspired by the real life investigations of Ed and Lorraine Warren, arguably the most famous paranormal investigators (hollywoodreporter.com). However, one of their most famous investigations, the alleged Amityville house haunting of a family, have been deemed fake and largely made up (abcnews). The mere hint of fabricating a haunting tarnishes the already flimsy credibility of ghosts being real. However, this doesn’t stop people from believing in ghosts. Popular polling site YouGov asked over a thousand people if they believe in ghosts and demons, to which their numbers reported forty-five percent of those asked said yes (yougov.com).

Senior Alyson Dominguez recalls a story her dad told her about his paranormal experience in the military. “When he was a soldier, he had to stay in a building that used to be an old orphanage where apparently a lot of kids had died. He was bunking with other people and they would often hear the sound of little kids playing and talking throughout the night,” explained Dominguez.

Senior Kiana Ogawa recalled a time that she saw a ghost at a party she was at. “I was at a party at my friends house and two other people and I thought we saw someone in a shed in her front yard. We asked who and why someone was in there, but my friend said that not only is no one in there, but the shed is locked and needs a key to be opened. It was just really freaky that me and two other people thought we saw someone through the window of the shed,” said Ogawa.

On a happier note, Senior Jamee Newman said that when she mentions or talks about her aunt who has passed away, hummingbirds appear. “Also, my birthday was a couple weekends ago and it is also the same weekend that marks the anniversary of my grandma’s death. Anyways, a hummingbird built a nest in our backyard which is such a weird coincidence that there is a link to my relatives who have passed on and hummingbirds,” tells Newman.

For something nott proven to be a real thing, ghosts sure can cause a commotion. From the countless books, stories, movies, shows, songs, and even personal accounts of the paranormal, it seems everyone has had some sort of familiarity with ghosts. The next time you think you hear footsteps or random mumbles late at night, it might be all in your head… or not.