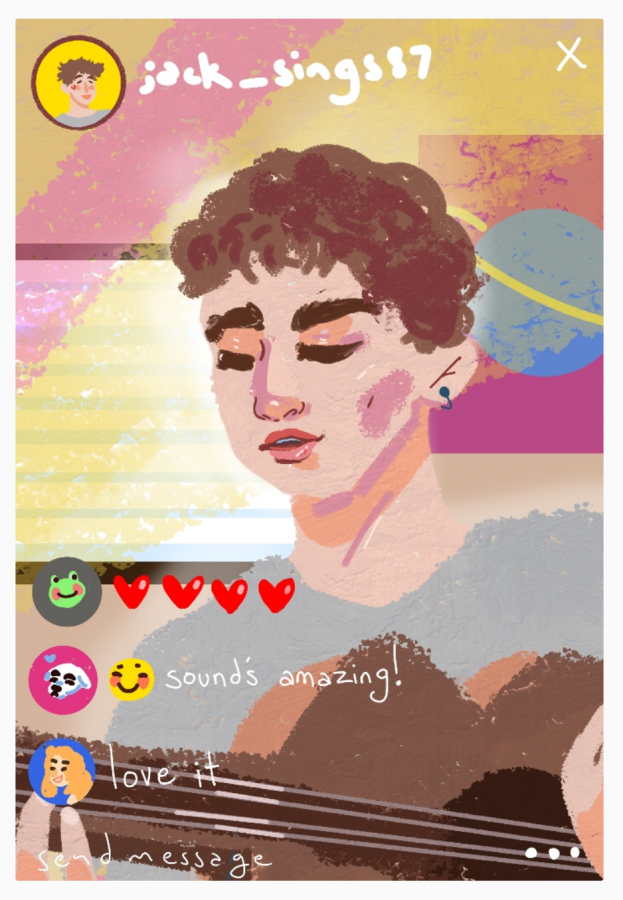 With the state of the world amid the coronavirus pandemic, it is hard to imagine what going back to “normal” will look like. After all, right now we are binge-watching shows, recovering from our AP tests, and seemingly just standing by as the number of coronavirus cases continue to climb. What will our “new normal” be? Will we always be wearing masks and always standing six feet apart? Or will we go back to how we were living our lives before they quickly ground to a screeching halt in mid-March?

Twitter just announced that the company is allowing staff to work from home “forever” in what is being called an “era-defining moment,” according to the British Broadcasting Corporation (bbc.com). This begs the question, what will the office workplace look like after the pandemic? Or is the office worklife a thing of the past?  Sneeze guards, temperature scanners, and heightened sanitation measures have been proposed by some companies. According to CNN, offices will be more open, with reminders about social distancing, and may include six-foot long carpets to promote physical distancing (cnn.com). The break room or kitchen, however, might be a casualty. You should enjoy your coffee at home is the moral of the story.

With sports leagues all over the world wanting to start up again, powerhouse North American leagues like the NBA, NHL, and MLB have been tossing around ideas of games without fans to resume play quicker, according to ESPN (espn.com). This might strike fear in the hearts of  many avid sports fans as everyone wonders, will sports ever be the same again? Although most sporting leagues will obviously want fans back in the stands eventually, the plausibility of that is still murky. Could you imagine celebrating the walkoff home run, the buzzer-beating shot, or the game winning goal six feet apart while giving “air” high fives, or getting lightheaded screaming through a mask? It just wouldn’t be the same.

Retail stores could also see a big change after the pandemic. According to Forbes, “dark stores” (similar to warehouses) will become the new norm. Customers order goods, and then come into the store to pick them up or their goods are delivered to their doors. Stores might also go to half and half, to make it easier to promote social distancing in the traditional retail store environment (forbes.com). According to Boston’s NPR news station, places like play areas and food courts may be the first to go. Markers and plexiglass will probably be implemented around shopping centers to promote sanitation (wbur.com). This way parents might be able to forgo the stress of looking away from their kid for two seconds, and turning back to find screams, finding the child submerged in a ball pit.

Your favorite restaurants will most certainly look different after the pandemic. Experts believe restaurants will come back with a renewed focus on delivery and curbside pickup. Lorna’s Italian Kitchen has served San Diego and University City since 1988, according to its website, and will look a bit different when customers are able to dine in (lornasitaliankitchen.com). Co-owner Ethan Stern stated that while Lorna’s experienced an initial drop when it switched to carry out and delivery only, it has been on the rise since then. Stern acknowledged that business will change when dine-in resumes and “normal” returns. “We [Lorna’s Italian Kitchen] plan on using our patio space more [and] limit people inside,” he said. Stern also stated there will be increased sanitation and customers and staff will wear face coverings. “Before [the pandemic] we were probably 60 percent in house and 40 percent delivery.” Stern estimated that after, Lorna’s will be 25 percent in house and 75 percent delivery. So you will still be able to get your pizza, calzone, and pasta fix in UC.

How will concerts work after the pandemic? Sadly, for the crazed fan, the crammed up and jammed packed concerts may be no more. You can all but say goodbye to touching your favorite artist’s hand stage side. According to a music magazine, drive-in concerts and concert “pods” might replace the music-gatherings we once knew (ig-mag.net). Concert pods are a new idea where a group of concert goers would rent a “pod” for themselves during the show. Mr. Tim Mays, owner of the Casbah, a music venue in downtown San Diego, stated how he sees concert and concert venues changing after the pandemic. “There will be a need to keep the audience, staff, and artists all safe,” he affirmed. As for the Casbah and other live music venues, he believes that live shows will be back but with increased sanitation measures. “We [the Casbah] will probably start by bringing out tables and stools to maintain distancing,” he said. Mays also stated that this would give the Casbah a chance to expand its offerings to include comedy, movie nights, and other events. Mays remained optimistic about at some point getting near the old normal. “I do think at some point, when testing a tracing abilities have been increased, that concerts will return to a ‘normal’ state,” he said, “Live music elicits a visceral reaction in concertgoers and part of that is the desire to be up close to the performers and also to engage with the audience.”

Students such as Junior Aleksa Radomirovic believe that restricted social gatherings might become the norm. The “new normal” will certainly be a change, but after two months in quarantine, any kind of return seems worth it. So buckle up, and hold on tight, because we may be in for a bumpy ride.